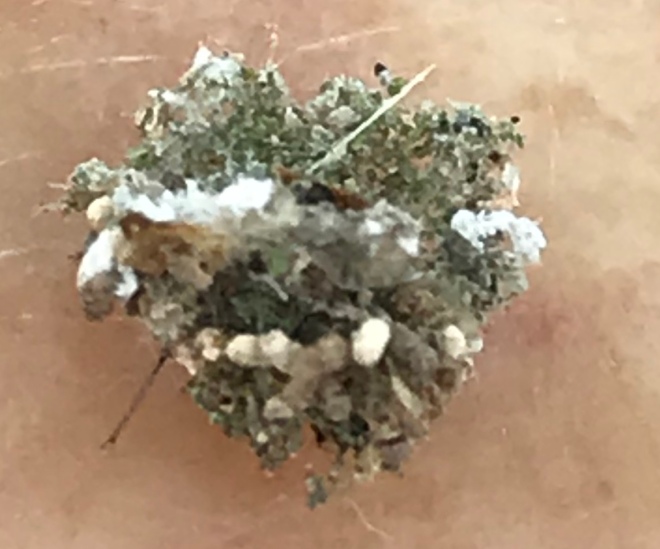 This enlargement of an insect covered in artistically created camo was crawling on my leg. It or its friend dropped down from a white mulberry tree later and bit me. I thought I’d been able to ID it last year but now I can’t find it. I’m afraid I reacted too quickly to being bitten to figure out if the stick thing in lower left is a leg or a camo stick thing.

Author, illustrator of "The Yarn Animal Book", probably the only craft book with instructions for making such unique yarn animals as an orangutan, an ant eater, a llama and a star-nosed mole and "The Single Minded Prince, a fairy tale for all ages about a boy and a pirate captain who both misbehave. The books and a booklet series based on each different yarn craft topic covered in "The Yarn Animal Book" (pompoms and other really easy yarn crafts, knitting, crocheting, rya, needlepoint and embroidery), are available on Amazon and Kindle. View all posts by Carrie Staples