Left photo shows sun setting at Indian Head on December 21, 2017, at the Winter Solstice. In same photo, you can see Crainy Island, a tiny spot in the Potomac River to the right of the sun. The right-hand photo shows sun setting directly behind Crainy Island on January 25, 2018. Next major stop in my visual sun progression markings is at High Point in VA. That should happen in roughly 6 weeks. Must look it up. Major visual point after that is at Hallowing Point, VA. Sun will reach Hallowing Point around March 21, 2018.  I normally use the first house on Hallowing Point as my special marker, rather than the tip of Hallowing Point because the sun sets just about at that house on my daughter’s birthday, 3/24 and then on its return trip south near my son’s birthday, 9/17. 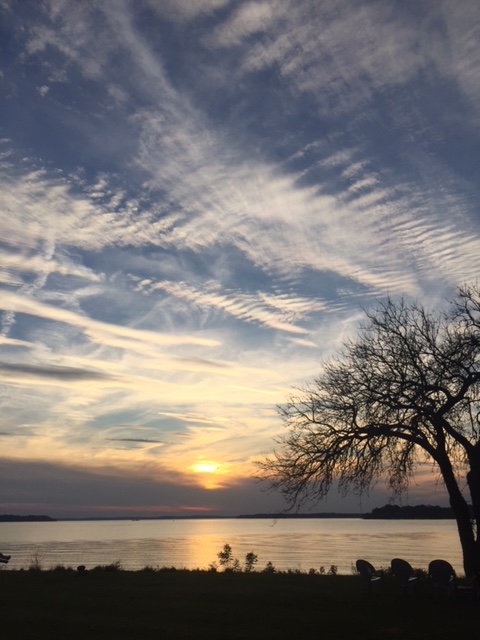 If you can enlarge this photo, Indian Head, Crainy Island, High Point and Hallowing Point can be found.

Sycamores are full of balls, waiting for a curious bird to break them apart and a warm wind to carry their seeds to new homes. So many balls! You would think the world would be covered with sycamore trees by now! 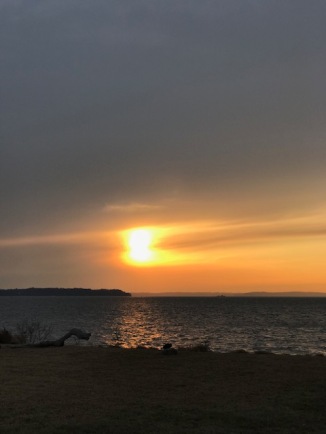 We thought we were going to get a sunset. But the sun played peek-a-boo and hid behind a cloud bank we hadn’t anticipated!

The Sun and her supporting clouds performed for us 1-17-18. 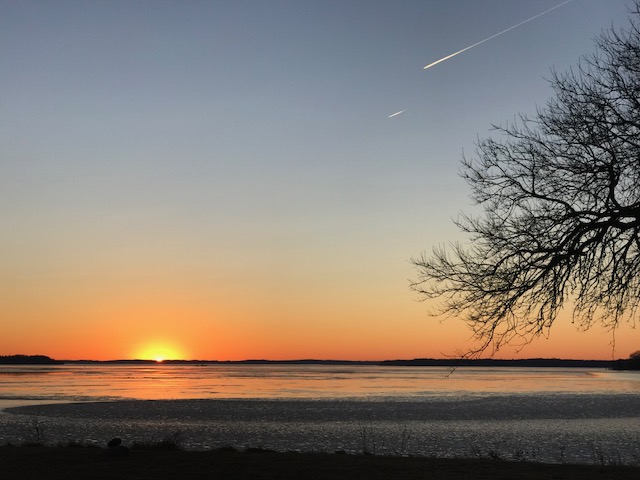 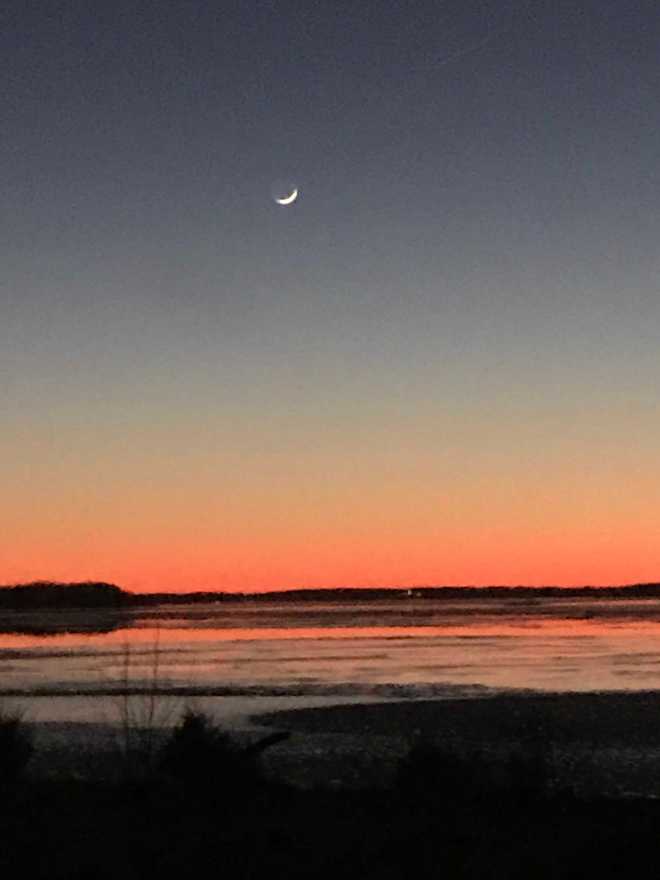 The Moon always follows the Sun so the Sun cannot hide from us, any more than my children could hide from me when they were small because our Border Collie followed them everywhere.  I see her tail in my memory, like a crescent moon. The Potomac River’s open water reflects the salmon sunset while the ice reflects the blue sky.

Sundown 1-15-18. The wonderful thing about the end of the day is how relaxing a sunset is. Sunrise is equally lovely but too soon blindingly bright. Day is done vs. day’s begun! A totally different mindset.

These Canada geese are busy consuming something. It’s just before sunset on the Potomac River. Are they drinking or eating?  Please let me know!

So many grades of ice from smooth to rough on the Potomac River!